ICYMI: Another one bites the dust for Adani, China's coal imports collapsing and other bad news for coal this week

In Case You Missed It

Another terrible week for Adani's Carmichael mine and 5 other takeaways from this week.

The National Australia Bank has become the latest in a series of banks to rule out funding Adani's controversial Carmichael coal mine in Queensland's Galilee Basin.

In a statement, NAB said it was "not involved and has no plans to be involved in any financing for the Carmichael coal mine."

How much more bad news can this beleaguered project withstand?

In what analysts are saying is a broad trend, new figures show Chinese thermal coal imports between January to July this year were down 39.1% on the same period in 2014. 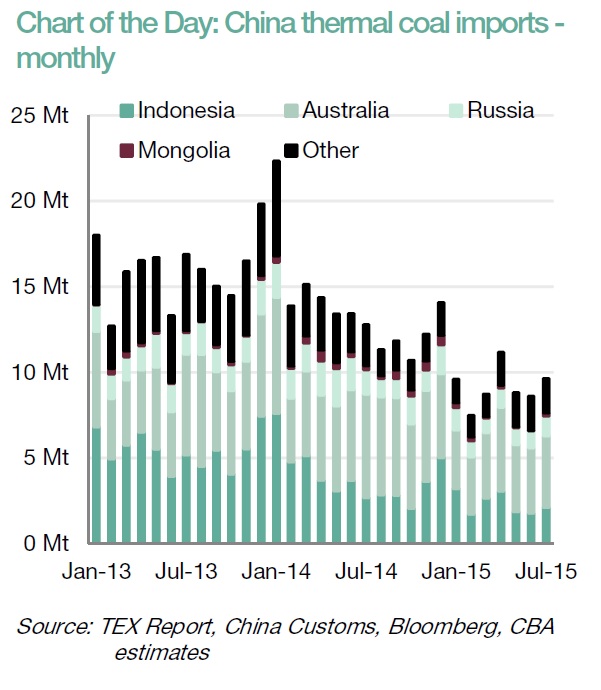 3/ Is the QLD government relying on environmental groups to stop controversial coalmine expansions?

Drew Hutton of Lock the Gate says that a state land court challenge his group is undertaking against the New Acland coal project, has received draft environmental approval from the Palaszczuk Labor government, despite its previously expressed reservations about a project run by a major Liberal party donor.

So is the Labor government for or against?  Read more here.

The Guardian reports that Lock The Gate "asked Queensland’s Crime and Corruption Commission to investigate links between $1million in political donations and [the Acland coal mine] proposal days before it was due to receive environmental approval."

Just last week the Council for the home of the world’s biggest coal port decided to divest from coal!

The decision last week made news and went viral around the world. Obviously it’s a major embarrassment for the fossil fuel lobby, and they’re hitting back with everything they’ve got. The battle is now on to keep that decision intact. Enormous pressure is being put on the Newcastle City Council to rescind.

5/ Australia going in entirely the wrong direction on carbon emissions

Australia's carbon emissions rebound, led by coal-fired power. In the first year after the repeal of the price on carbon, greenhouse gas emissions from Australia's main sources of energy use jumped by almost 10 million tonnes.

Green Senator, Larissa Waters was critical of the news:

"The Abbott government's plan pays polluters with taxpayer money and lets big businesses, especially mining companies, pollute even more than they do today without any penalty. We are paying big polluters wads of cash for absolutely no benefit to our way of life,” Waters said.