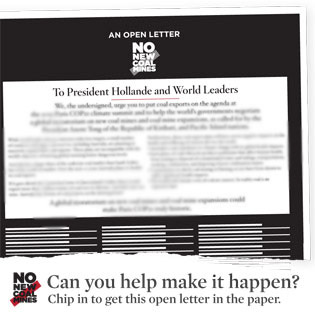 Can you chip in (below) to help us publish the open letter as a full page advertisement in a major metro newspaper?