It's only 24 hours since President Anote Tong of Kiribati called for a global moratorium on new coal mines and it's already attracting high profile support.

Chair of the Grantham Research Institute and former Chief Economist of the World Bank, Sir Nicholas Stern has welcomed President Tong's call for for a global moratorium on new coal mines and new mine expansions.

"The use of coal is simply bad economics, unless one refuses to count as a cost the damages and deaths now and in the future from air pollution and climate change," he said in a statement.

It was Stern who described climate change as the result of the greatest market failure that the world has seen, following his landmark report.

Welcoming the Letter from His Excellency Anote Tong, President of the Republic of Kiribati (PDF), to introduce a worldwide moratorium on the opening of new coal mines and extension of existing mines, Nicholas Stern, Chair of the Grantham Research Institute on Climate Change and the Environment at the London School of Economics and Political Science, said:

“This is an important move, as the world must rapidly put an end to the burning of coal with the release of carbon dioxide into the atmosphere if it is to have any realistic chance of limiting the increase in global average temperature to no more than 2 centigrade degrees above its last 19th century level, beyond which the risks of climate change grow dangerously.

"A moratorium on new mines and mine extensions would complement the action that is being taken around the world to radically reduce and eliminate the demand for coal through the introduction of cleaner energy sources. Coal is not only the worst fossil fuel in terms of emissions of carbon dioxide, but also contributes worldwide each year to human illness and the premature deaths of millions of people from air pollution. When its true costs are taken into account, coal is far more expensive than its current purchase price, and it is poor people who are most exposed and vulnerable to the impacts of air pollution and climate change.

"The failure by governments to price coal correctly represents a huge and unjustified subsidy of hundreds of billions of dollars each year. The use of coal is simply bad economics, unless one refuses to count as a cost the damages and deaths now and in the future from air pollution and climate change. There are far more attractive routes to growth, development and poverty reduction. Now is the time for the people of the world and governments, as well as the producers and consumers of coal, to recognise just how deeply destructive this fossil fuel is to lives and livelihoods.”

Back the moratorium and add your name to the petition. 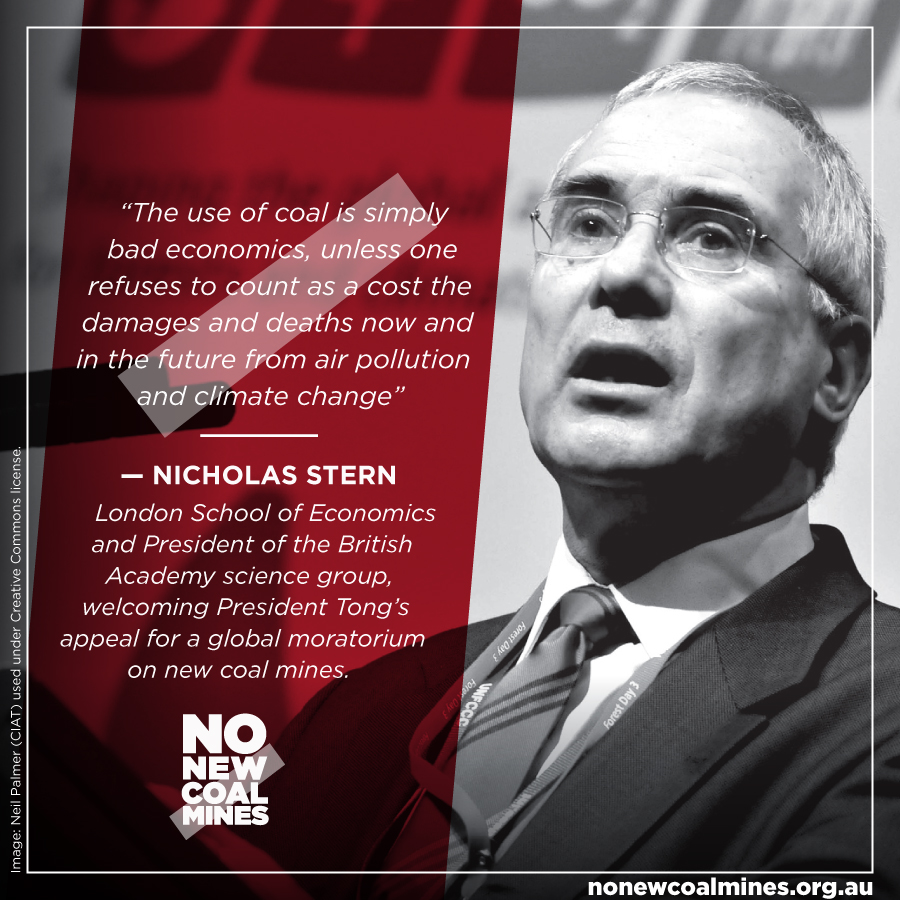