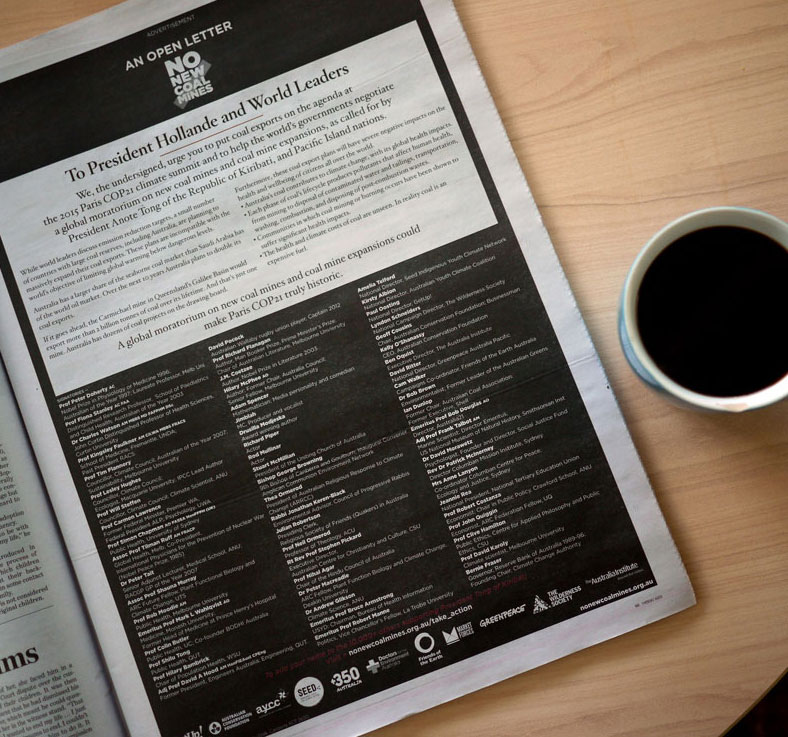 Signatory to the letter, and former head of the Reserve Bank and Climate Change Authority, Bernie Fraser appeared on AM to discuss the open letter and call for a global moratorium on new coal mines, setting the agenda for the nation’s daily news and current affairs coverage, with ‘Bernie Fraser’ even becoming a trending topic on twitter in Australia. 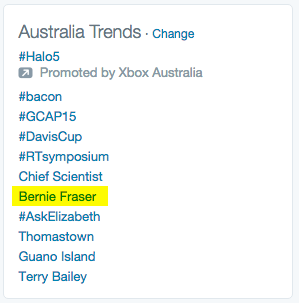 The open letter also received coverage from Fairfax Media’s Chief Political Correspondent, Mark Kenny, and was reported on page 2 of The Sydney Morning Herald. The letter was also covered by The Guardian’s Lenore Taylor.

The morning press coverage set the tone for the political news of the day – Prime Minister Turnbull’s announcement of Australia’s incoming Chief Scientist – with the first question asked from the press pack (by ABC’s Chris Uhlmann) being about the open letter and call for a moratorium on new coal mines.

Consequently, reportage regarding our new Chief Scientist was about his ‘vision for Australia without coal’, and Malcolm Turnbull resorted to building his own straw-man argument to beat down, leading to him being roundly criticised for his response, including this piece in the Guardian ‘Malcolm Turnbull’s rhetorical dance around coal reveals extent of his constraint’.

Thousands of you tweeted, shared the letter on Facebook, signed the petition and recruited your friends to sign it and it has had a big impact.

If these are "ideologues", I'm happy to be one of them. 61 eminent Australians #nonewcoalmines https://t.co/EUreocGlmf via @NoNewCoalMines

But the coal lobby is fighting back, and The AFR and The Australian are fuming. It's important we get the facts out to counter the misrepresentations. See The Australia Institute chief economist, Richard Denniss' piece that casts an eye over many of the claims. Malcolm Turnbull doesn’t seem to understand the basic laws of the market – or the science of climate change.

Here are some of the facts –

But back to the good news – overnight, we’ve received 199 media hits around the world, including in the Shanghai Daily, France24, and the Wall Street Journal, and counting! 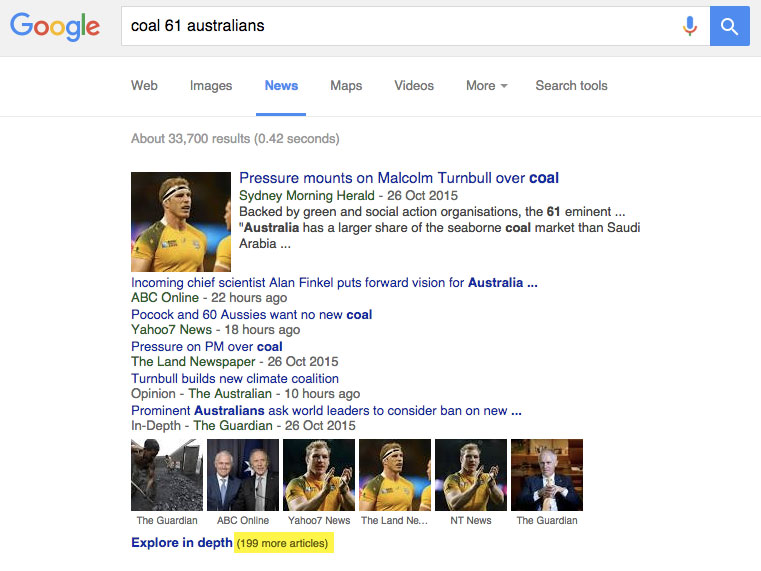 And we even caught the attention of Australia's political cartoonists (check out the newspaper headline...) 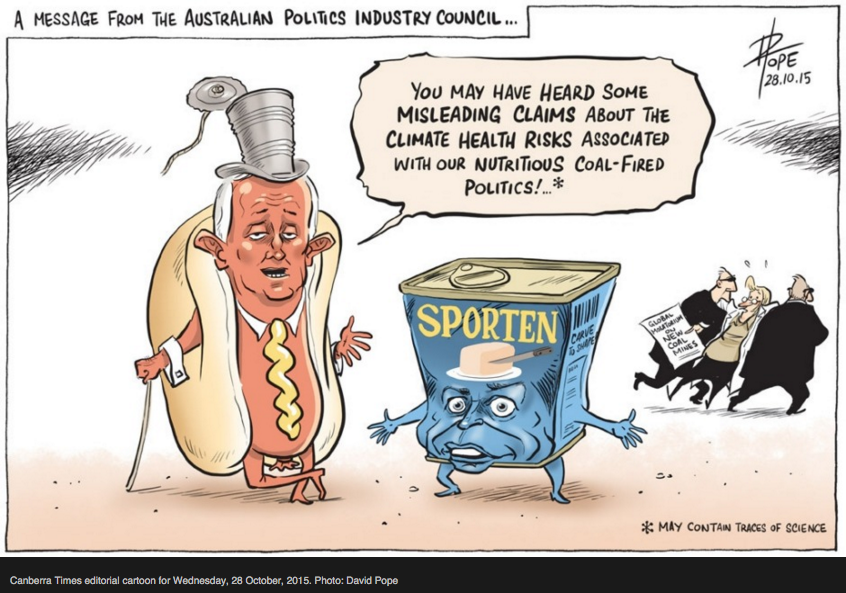