“If the world wants to tackle climate change and Australia wants to double its coal exports, somebody is going to lose.” – Dr Richard Denniss

In Case You Missed It

It’s been a busy and exciting first week for No New Coal Mines, with more high profile supporters getting on board, and over 3000 people already joining President Tong of Kiribati’s call for a global moratorium on new coal mines.

Here’s our top takeaways from this week --

1/ Kiribati President’s call for #nonewcoalmines spreads around the globe

His Excellency Anote Tong, President of the Republic of Kiribati’s call for a global moratorium on new coal mines ahead of the Paris COP21 has been reported internationally, with over seventy news articles reporting the news around the world. Get behind President Tong’s call for #noewnewcoalmines at http://nonewcoalmines.org.au/take_action

“In Canada I can’t tell where the oil industry ends and the government begins and in Australia the same is true when it comes to coal,” Klein told Guardian Australia.

“Countries founded on a powerful frontier mentality have this idea of limitless nature than can be endlessly extracted,” she said.

“Climate change is threatening to that because there are limits and you have to respect those limits. Where that frontier narrative is strongest is where denialism is strongest."

The Australia Institute is proudly sponsoring Naomi Klein's two shows at the Melbourne Writers Festival (20-30 Aug), where the world renowned author and activist will discuss Capitalism and the Climate and her book This Changes Everything.

Naomi Klein has also lent her support to President Tong of Kiribati’s call for a global moratorium on new coal mines, saying “the first rule of climate action: when you are in a hole, stop digging.” 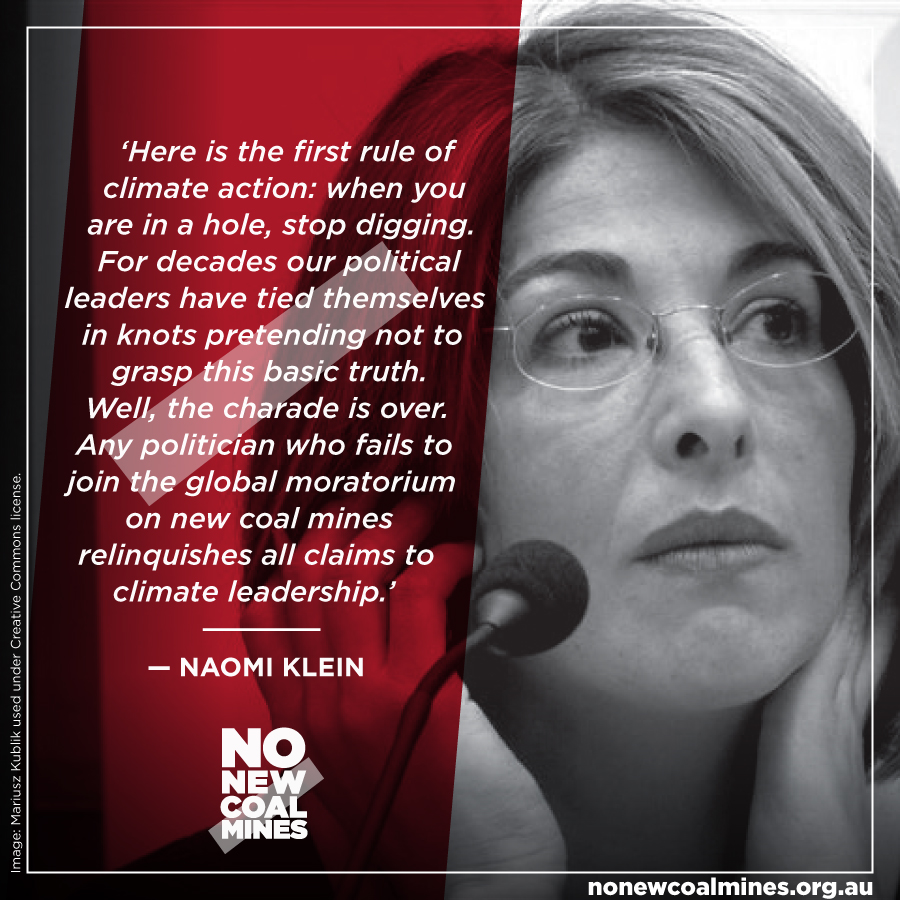 “President Tong highlights the global challenge we face in reducing emissions from our energy use and we appreciate his concerns. However, the most effective way in which we can meet global energy needs and make significant cuts in CO2 emissions is to focus on widening the deployment of all low emission technologies”

Now even the World Coal Association has called for governments worldwide to show a genuine commitment to widening the deployment of all low emission technologies, in order to meet global energy needs and make significant cuts in CO2 emissions. Of course, by low emissions they mean coal + CCS - which always seems to be just 10 years away.

Addressing the Grantham Research Institute at the London School of Economics, Dr Richard Denniss, chief economist at The Australia Institute, outlined just how massive -- and ridiculous -- Australia’s plans are.

“We’re a little country that plans to ruin the world and our politicians are not going to stop this.” 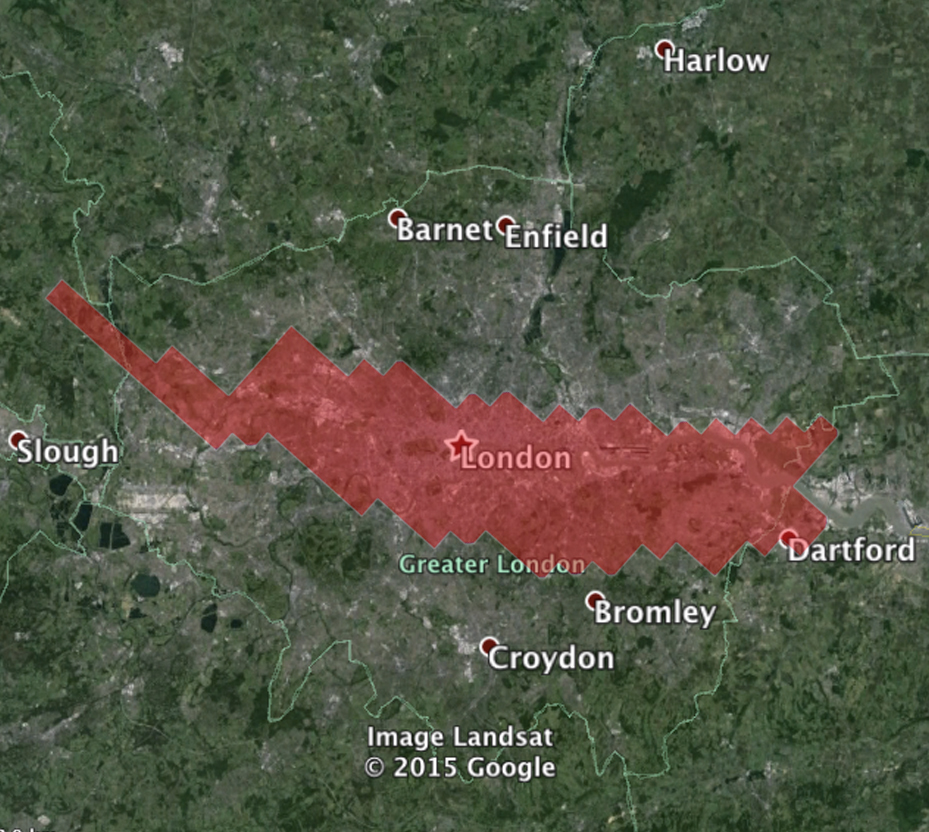 Above: size of proposed Carmichael mine compared to the size of London

Despite the fact Australia is exporting 39 million more tonnes of coal than we were in 2013, we’ve seen huge reductions in the coal mining workforce.

Despite the despite the fact less than 1% of the country’s workforce is in coal mining, coal is Prime Minister Abbott’s job creation strategy. In his address to the London Schools of Economics, Richard Denniss called this strategy “batshit crazy”. Between May 2014 and May 2015 the mining industry, beset by falling resource prices, has shed 33,000 jobs in Australia.  Coal is widely reported to be in structural decline.

So the answer to 'how do we create more jobs?' is clearly not ‘dig up more coal’.

The response to President Tong's call for a global moratorium on new coal mines has been met with a lot of prominent support. Greenpeace's Kumi Naidoo, Naomi Klein, Bill McKibben and even former World Bank Chief Economist Lord Nicholas Stern has issued a statement in support.

And word seems to be getting out about No New Coal Mines globally:

Australia pumps out coal at a dangerous rate. The @NoNewCoalMines campaign seeks to end that: http://t.co/e7kvd9d0nl