The Danish parliament (Folketinget) had a debate on No New Coal Mines on Thursday after seven members of the Red-Green Alliance proposed that Denmark should join the initiative. All nine major parties joined the debate. The move, led by MP Maria Reumert Gjerding, was welcomed and supported by three other parties; The Alternative, Danish Social Liberal Party and Socialist People’s Party.

“We should choose the green path, not the black coal path, that is why we support Red-Green Alliance’s proposal” Emrah Tuncer from the Danish Social Liberal Party said.  The Alternative agreed and stressed that one of the core reasons to support this initiative is that coal mines are usually a long-term investment.  We will have to live with coal mines for a long time even if we stop new coal mines right now.

The right wing parties were not as enthusiastic about the proposal. Lars Christian Lilleholt, Minister for Energy Supply and Climate, said that he had “great sympathy for President Tong’s initiative.” However, this did not mean that he or the government supported it. 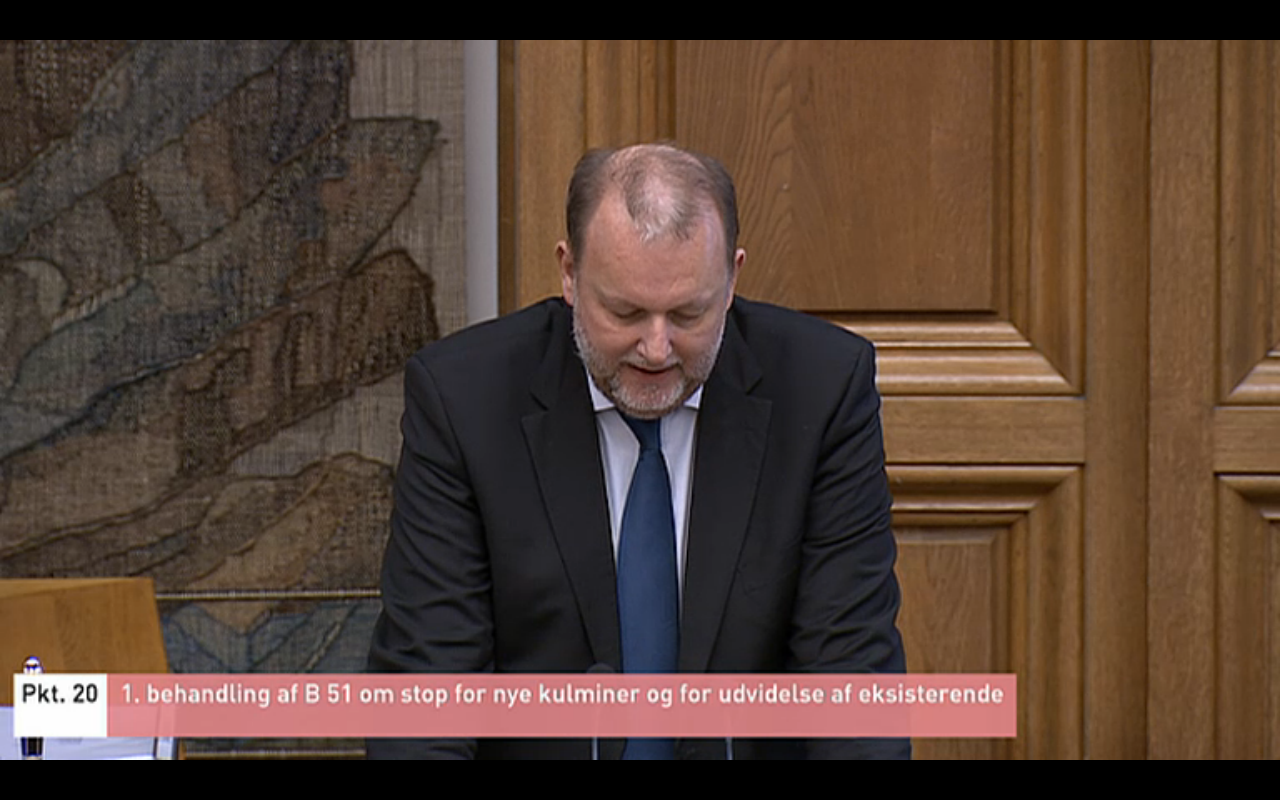 “First of all, bans are not realistic. It is cut off from political reality. The government is on the same page as the International Energy Agency that says that coal will continue to be a part of the energy mix in the world and especially in poorer nations.”

Perhaps ironic, but Maria Reumert Gjerding was actually relying on figures from the IEA suggesting that the world cannot afford new coal mines to limit global warming to 2°. She continuously reminded the Minister that the initiative only applies to new coal mines, not the already existing. The Minister concluded his speech by stating that it would be more effective to focus on demand instead of supply. A key argument that was restated by the Danish People’s Party and the Social Democrats. The Social Democrats agreed that coal was not the future but were hesitant to support the proposal. One member feared that it would be a “punch in the air.” The Conservative People’s Party were not directly opposed but said that they had not seen evidence of that the initiative was necessary to stay below 2 degrees and avoid dangerous climate change.

The issue will now be put through to a committee. Red-Green Alliance need the support of the Social Democrats and the Conservative People's Party to ensure that Denmark supports the initative. Gjerding ended the debate by bringing the parliament’s attention to Australia. 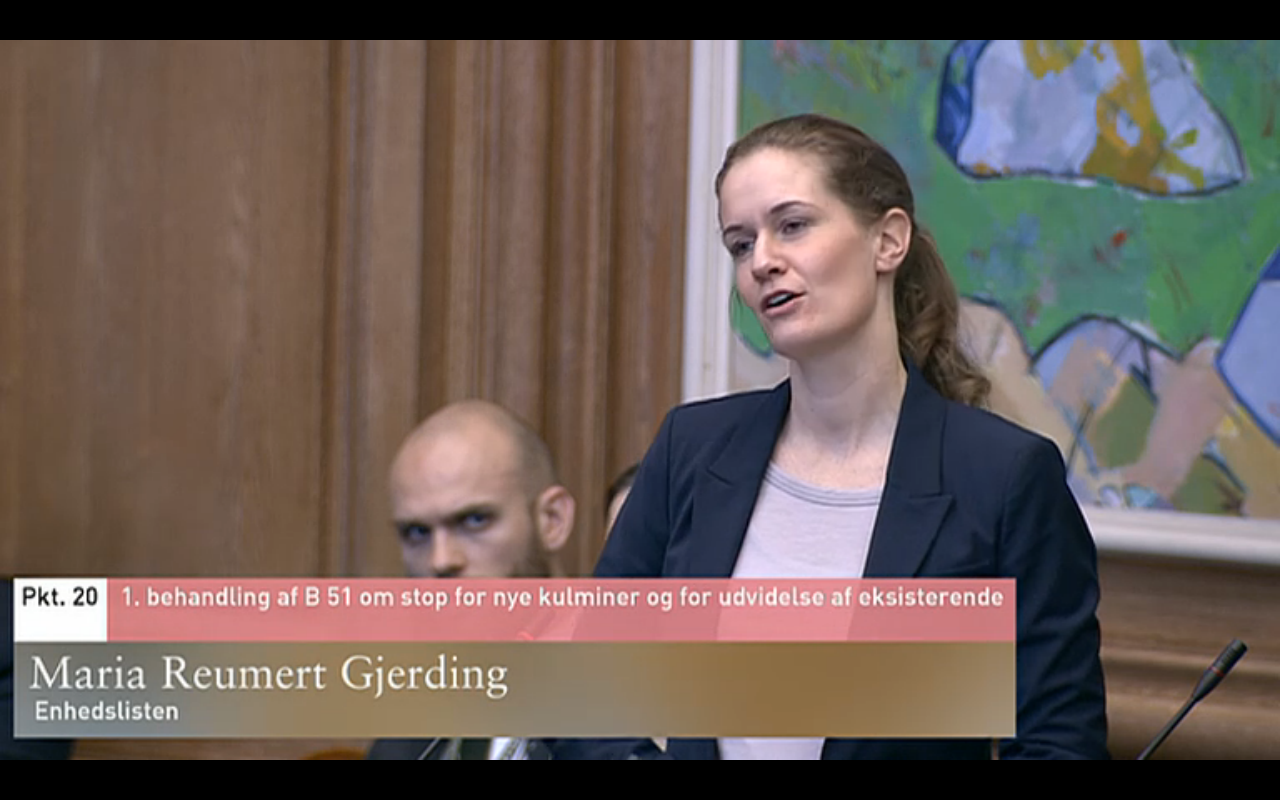 “A giant coal mine is to be built in Australia. If it were to be built in Denmark, it would stretch from Copenhagen, to the top of North Sealand. That is how big this mine they are planning to build. If they empty this mine, then the climate does not stand a chance.”